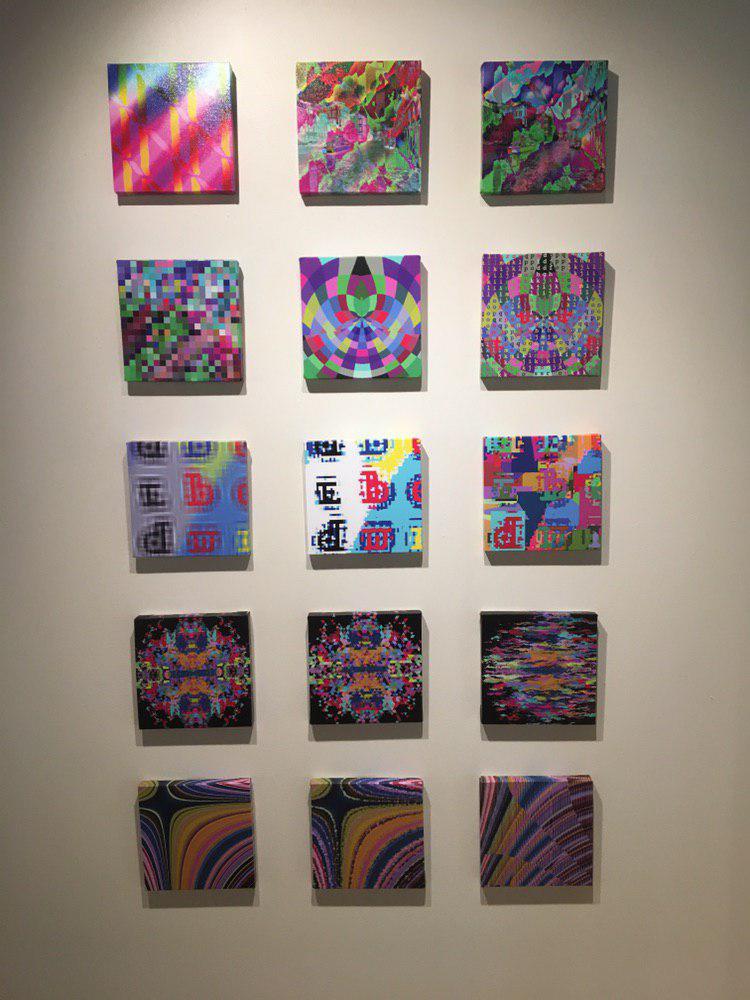 ArtyBots is a family of programs that use Twitter to tweet algorithm-generated artworks that “make hell a more pleasant place,” according to one commenter. Each bot follows an algorithm to generate or manipulate its images in a unique style. This exhibited work shows a sequential conversation among all of the ArtyBots members, and the canvases are hung in order from left to right, top to bottom. In order, the participants are:

All of these bots are active on Twitter, where they are constantly conversing. Users can also submit their own images to a particular bot and it will reply with its alterations.