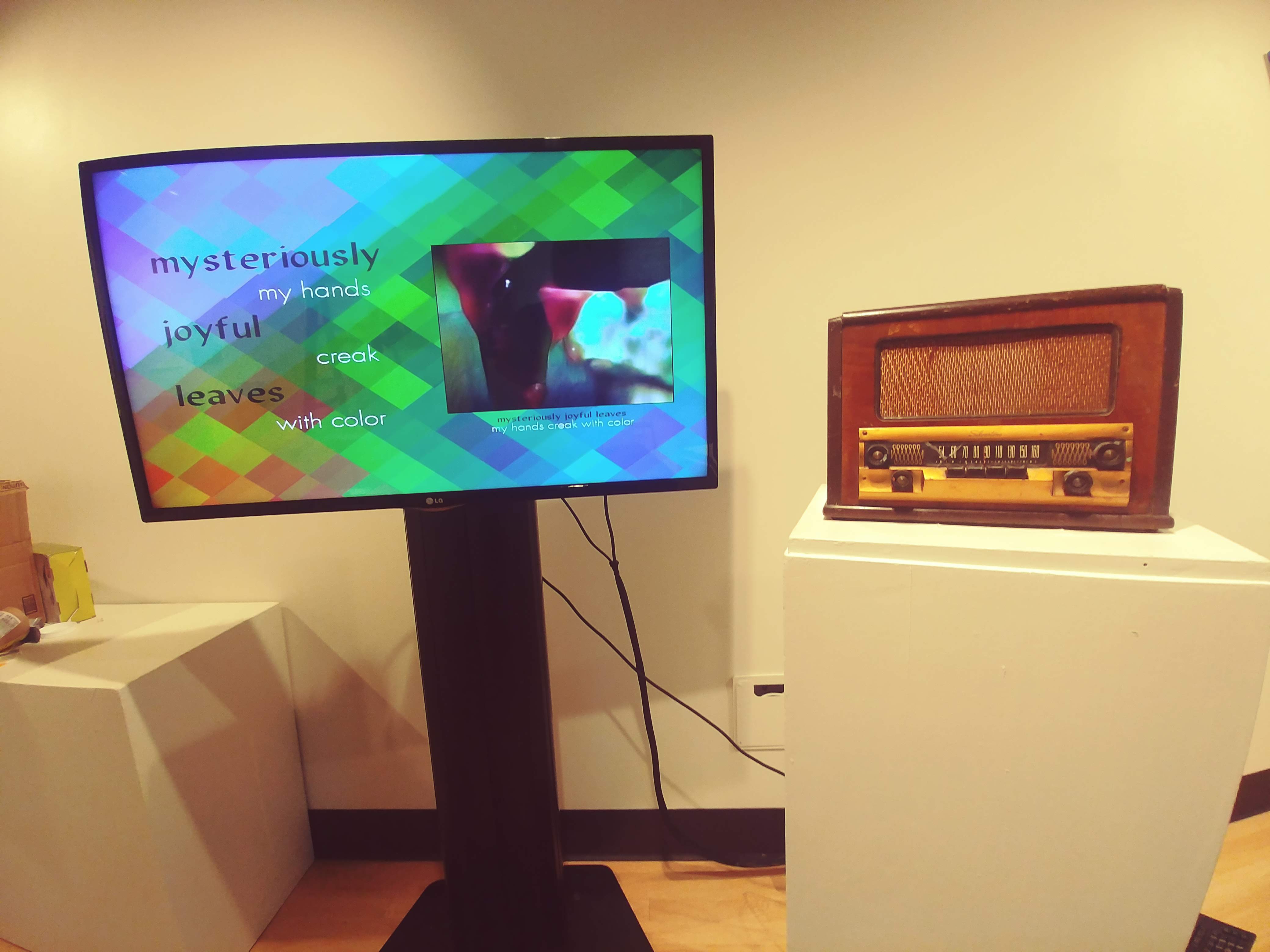 This piece combines the old and the new, exploiting the tension between them. A 1949 Silvertone radio has been modified to house a microcomputer inside it which supplies digital data from three of the radio’s knobs. These knobs control words on a screen that create brief two-line poems. These poems are then sent to AttnGAN, and after about thirty seconds show the corresponding art is shown. The words selected also guide the soundscape created via the Freesound project, an online repository of creative-commons licensed sounds. The sounds, of course, are played back through the radio’s original speaker.