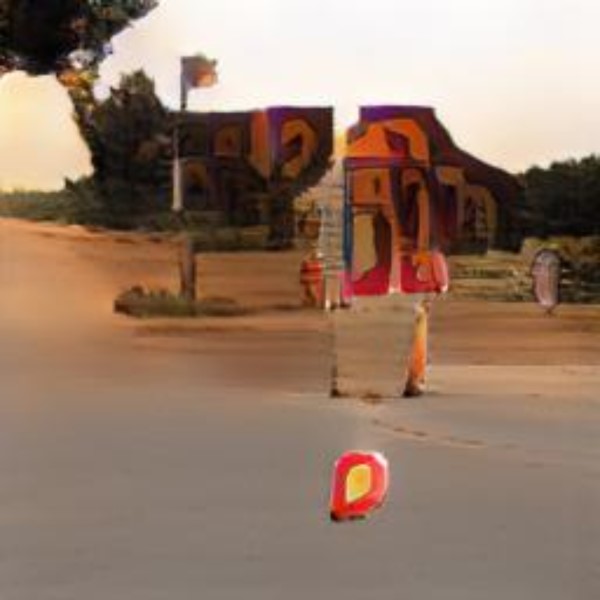 What kind of art might artificial intelligence make? This multimedia exhibit features art mediated by algorithms. The starting point is poems created in collaboration with AI. Best took all of his poems from the past twenty years and fed them into torch-rnn, an AI model that has no previous knowledge of language. Instead, it studies a source text and learns to create words by studying the patterns of their letters. The resulting output is similar to the original, writing words that the program has determined might exist but that often have tenuous syntactical connections and meaning. Best then edited the resulting texts into poems somewhat more sensible. Those poems were then fed into AttnGAN, a different AI program that paints quasi-realistic pictures based on a text description: here, the poems. Data gleaned from these images are then fed into a program written by Matthys to create music. The program reads the image from left to right, taking the averages of hue, saturation, and brightness for four vertical bands, and uses that information to generate sounds. Finally, Matthys created 3-D printed sculptures based on the mathematical concept of attractors, counting the ratio of vowels to consonants in each line of the poems, and using those numbers to generate the final objects. The overall effect is one of transmogrification, how the same data can produce surprisingly different results.